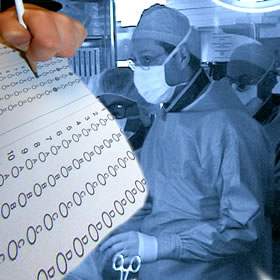 And Dr. Teirstein is not alone in his objections. An online petition he created has garnered almost 20,000 signatures. It asks the ABIM to recall the changes in MOC and institute a simple pathway consisting of  a recertification test every ten years; a corollary petition, pledging non-compliance (read “boycott”) has over 6,000 signers – a more difficult pledge since many physicians are employed by hospital systems that require the ABIM MOC. And this certification is a monopoly, but more on that later….

A medical doctor normally has several landmark events in the pathway to practice: graduating medical school, passing the state medical board exam, possibly taking a Fellowship in a specialty, gaining certification by the ABIM in that specialty, to name a few. And one more: take a test every ten years to maintain that certification.

But the new MOC rules require an additional assessment every two years: it’s a web-based multi-page endeavor which Dr. Teirstein et al have found excessively time-consuming, boring, and almost worthless from an educational standpoint. For more specifics on Dr. Teirstein’s objections, you can read his interview with Bob Harrington on theheart.org.

His point is that there’s already a system in place for keeping up with developments: it’s called Continuing Medical Education (CME). For example, in the field of interventional cardiology, go to the annual TCT, or ACC or SCAI meetings. There you will hear, talk, and see these latest developments, many (if not most) of which are so new that they haven’t yet gotten into the guidelines. (By the way, while the MOC requires this re-assessment every two years, most guidelines are not revised nearly that often.)

And then there’s the money. Teirstein points out that in 2012, the ABIM took in around $55 million from physicians seeking certification. Since this new MOC module costs the physician not only time, but money (including having to take “test prep” courses) these revenues will no doubt increase significantly in this and coming years. Physicians reportedly are spending many thousands of dollars to maintain their standing.

Of course, Teirstein is a “dissenter.” And the ABIM side of the argument is also published in today’s NEJM, titled “Maintenance of Certification 2.0 — Strong Start, Continued Evolution,” by Mira B. Irons, MD, and Lois M. Nora, MD, JD, MBA. But Teirstein is not just a dissenter, and his objections didn’t pop into his head overnight. He, and his colleagues, have done something about the situation: they have established a new organization to certify doctors. It’s called “The National Board of Physicians and Surgeons (NBPAS)” and it’s scheduled to launch next Thursday, January 15!! As Dr. Teirstein told me today via email, this new Board will be “providing an alternative, much more user friendly and rationale continued certification process.” And two years of certification for only 169 bucks!!!

This new Board has quite an impressive Board of its own, comprised as follows:

I know and have worked with most of these physicians and they represent the leading edge in cardiology: former presidents and committee heads of national professional organizations, such as ACC, SCAI, members of FDA panels, guideline committees, chiefs of medicine at highly acclaimed hospital systems, co-director of the TCT (the largest interventional meeting in the U.S.), and even a medical “Rock Star” (that’s you I’m talking to, Eric!)

In other words, this *stuff* just got serious!!

By the way, the title of this blog post (and photo) both refer to the test-taking “pencil.” Yes, I realize that these MOCs are computer-based and that the pencil is an anachronism. And yes (excuse the obvious pun) that’s my point!